A tribute to a fellow companion. Blue's portrait got her sweet and gentle personality. 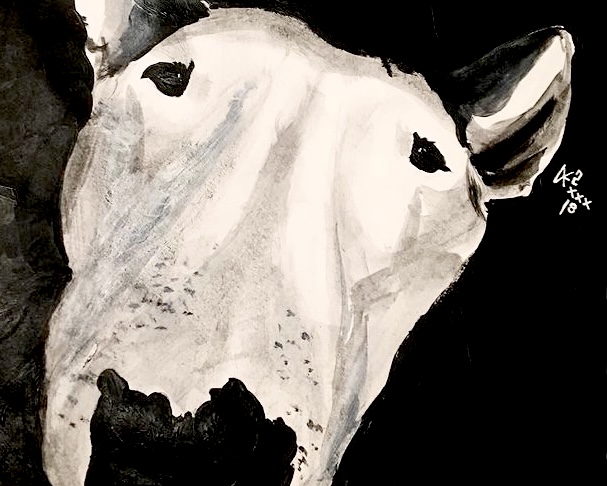 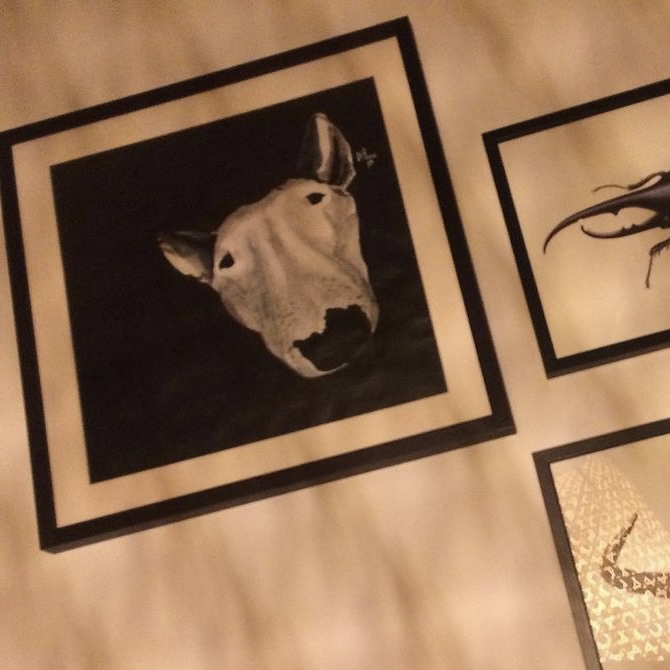 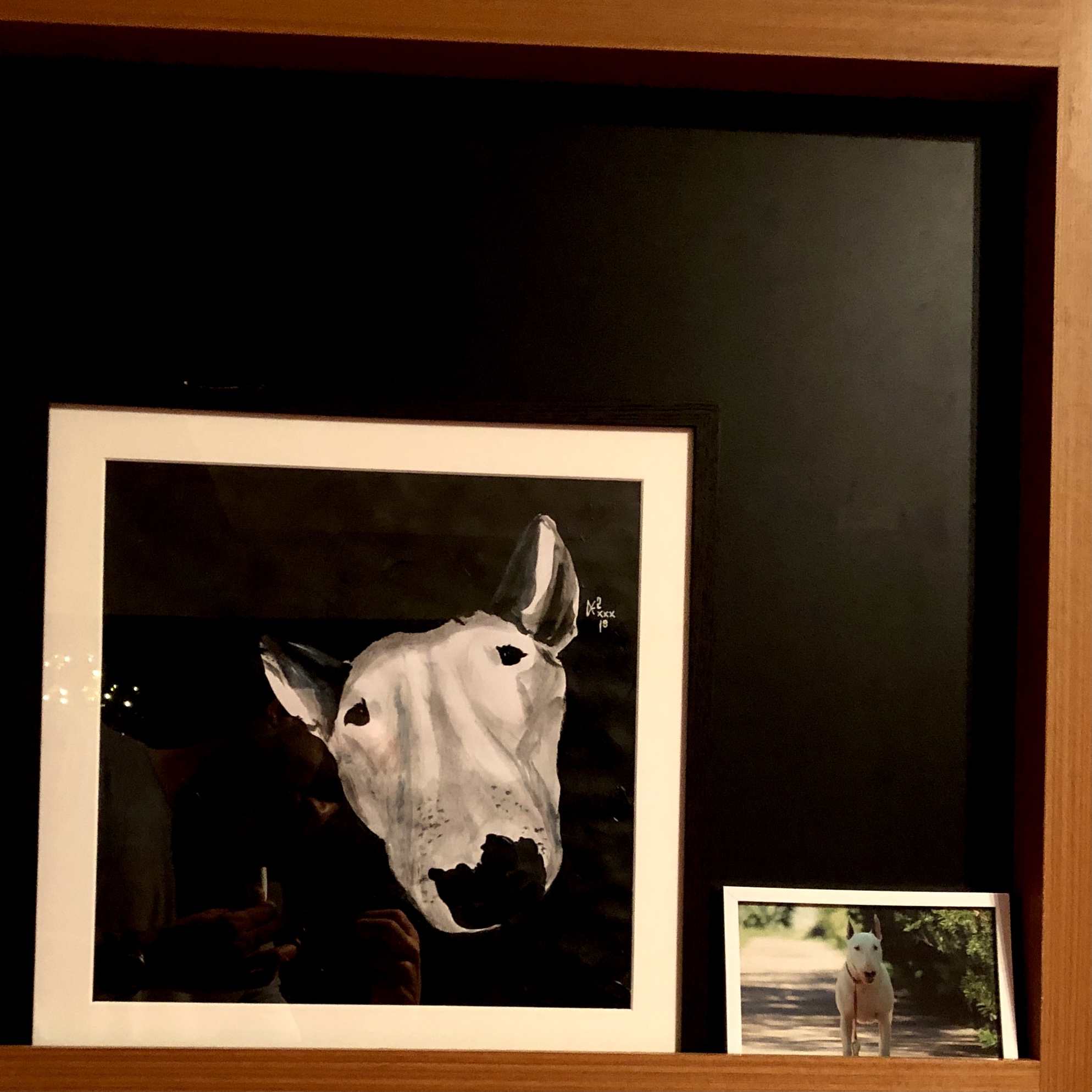 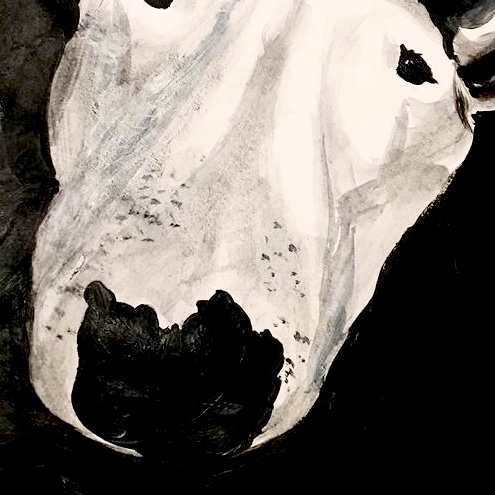 I know how great is their love for Blue. She has been always a sweet and loyal companion, traveling from Brazil to Amsterdam, when we met. Blue has an amazing personality. Couldn't be different, knowing her owners.

The meaning
behind the art

Sweet eyes, very very strong and a lovely big head. The portrait reflects her expression and love. She is a happy dog! 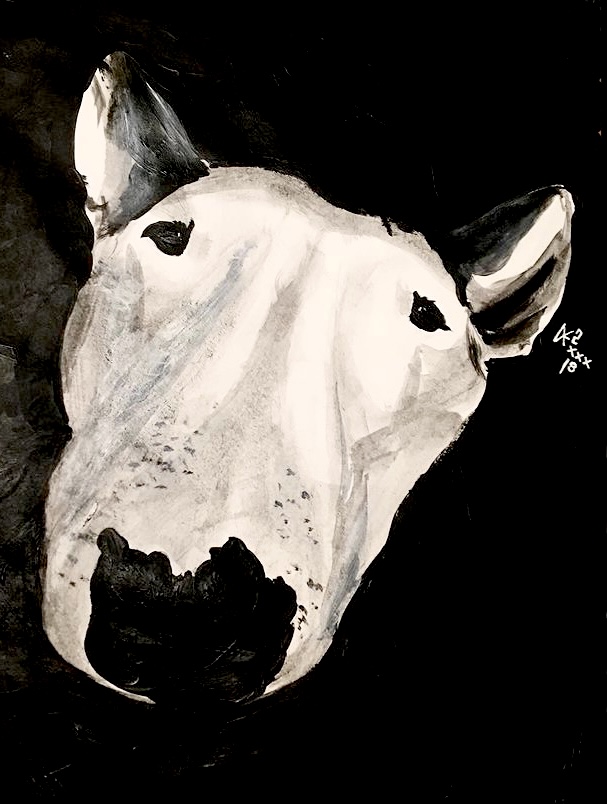 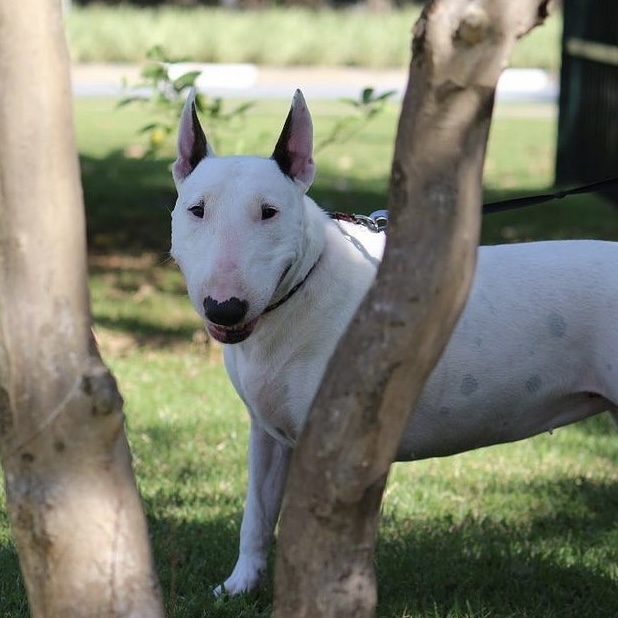 Bull terriers are directly related to bull-and-terriers. As their name suggests, they were a cross between bull dogs and various terriers. Breeders thought that the tenacious spirit and agility of the terrier mixed with the brute force of a bulldog would create the ultimate fighting pit dog. The breed was known as a “canine gladiator.” Luckily, dog fighting and other blood sports were outlawed thanks to the Humane Act of 1835. Bull terriers were given other tasks, such as ratting and being companions. Theyare known for their long egg-shaped faces that slope in the front into a Roman nose. Their eyes are also unusual: the bull-terrier is the only registered breed to have triangle shaped eyes.